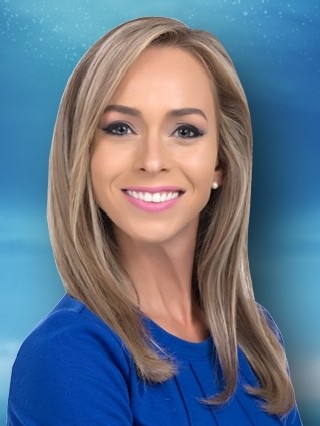 Sophia Stamas is the Morning Traffic Anchor and Multimedia Journalist at CBS Austin. She joined the station in August 2015, as a Special Projects/Investigative Producer. She is a native Austinite and has never called a state other than Texas home.

Since joining the team, Sophia won a Lone Star Emmy Award for an investigative story about a state agency spending large amounts of money on foreign travel.

She comes from Waco, where she was the Weekend Anchor/Military Reporter, and went overseas for Military embeds with Army troops in Afghanistan in 2012 and 2014.

Prior to Waco, she was a Multimedia Journalist in Texoma. Before that, she was a producer in Austin.

She grew up swimming in Bull Creek, playing soccer, and not sitting in present day traffic on I-35.

In 2007, Sophia graduated from Texas State University with highest honors with a bachelor’s degree in journalism and a minor in theatre. During her Bobcat days, she wrote and cartooned for the University Star Newspaper. She was also a teaching assistant for the Stage Combat class in the theatre department, (i.e., how to make fight scenes look real in a movie). That means she is pretty good with a sword, but she believes the pen is mightier.