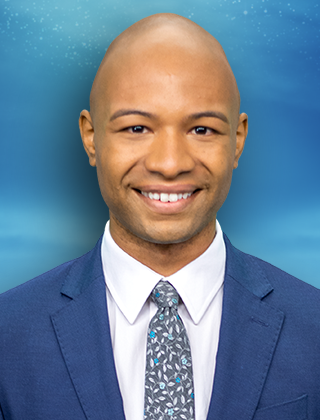 Before moving to Austin, Ricardo was a Multimedia Journalist at WSAV News 3 in Savannah, Georgia, where he worked for almost two years. During his time with WSAV, Ricardo reported on a number of stories from the COVID-19 pandemic, George Floyd protests, highly-watched 2020 presidential and Georgia Senate runoff elections, and the Ahmaud Arbery case.

Ricardo was born and raised in Des Moines, Iowa. He graduated from Iowa State University in 2018 with a bachelor's degree in Journalism and Mass Communication. Roll Clones! He began his career as an Associate Producer at KCWI 23 in Des Moines, Iowa, and would later become a Multimedia Journalist at KSFY News in Sioux Falls, South Dakota.

When Ricardo isn't working you can find him exploring Austin, the outdoors, at the gym, or hanging out with his energy-filled Australian Shepherd, Sonny.

Feel free to reach out to him at any time with story ideas, questions, or concerns at rilewis@CBSAustin.com.