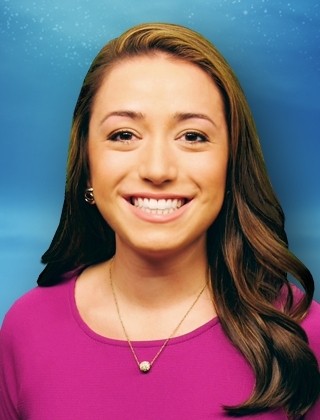 With burnt orange in her veins, Melanie is thrilled to be back in Longhorn country.

Melanie Torre joined the KEYE-TV News team in September of 2014. Before reporting for KEYE, Melanie reported, produced and anchored for KLTV 7 in Tyler, Texas. In Tyler, Melanie specialized in investigative, court and crime reporting. In 2014, the Lonestar Emmy Association awarded Melanie with the EMMA Award for Investigative Reporting.

Melanie is no stranger to Central Texas. She graduated from the University of Texas at Austin with a degree in broadcast journalism. While at UT, Melanie served as the news director for Texas Student Television, the universitys student-run TV station. Under her leadership, TSTV was awarded Best College Newscast in Texas and Oklahoma by the Society of Professional Journalists.

Melanie is no stranger to KEYE-TV, either. In 2010, Melanie became the stations first on-air intern. For six months, she pitched, wrote, shot and edited her own stories for their 4 p.m. show, "Austin Live."

Melanie loves spicy food, traveling, Texas football and Texas country music. She also likes to meet new people and hear their stories. If you ever see her around, don`t hesitate to introduce yourself. If you have a story you`d like Melanie to tell, email her at matorre@keyetv.com