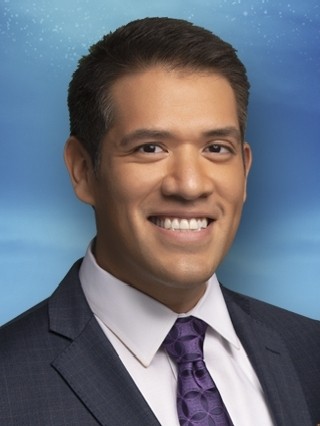 John-Carlos comes to CBS Austin from WINK-TV in Fort Myers, Florida where he was weekend anchor and reporter.

He also served as lead news anchor in Lufkin and Victoria, Texas.

Prior to his on-air career, John-Carlos worked in New York City and Washington, DC as a network producer.

He's a graduate of Columbia University Graduate School of Journalism in New York City and The George Washington University in Washington, DC.

John-Carlos was born in Dallas and raised in the suburb of Garland, Texas.

When he's not at the station, he's exploring the city with his husband, Bruce, and his two stepchildren, Carson and Ainsley.

Or at home with his two French Bulldogs, Gaston and Sanibel.

John-Carlos is also an avid marathon runner -- he has completed the Philadelphia Marathon and the Marine Corps Marathon in Washington, DC.

If you see him running around town feel free to say hello.