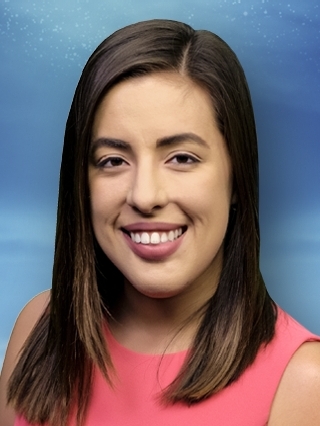 Gabriela Vidal joined CBS Austin as a Multimedia Journalist/ Reporter in June 2019. Before joining CBS Austin, she was a reporter for two years at KGAN/KFXA in Cedar Rapids, Iowa. There, she covered the tragic disappearance and death of 20-year-old Mollie Tibbetts, historic flooding in Davenport, and interviewed several 2020 Democratic candidates for President as they paid visits to the state.

Gabriela graduated from the University of Southern California in 2017. She studied Broadcast Journalism and International Relations. During her time in Los Angeles, she interned for NBC Dateline and Telemundo. She also reported, produced and anchored for USC’s student-led television station.

Gaby is originally from Chicago, but she is excited to call Austin her new home. You can find her exploring new restaurants, biking around the city or hanging out by Lady Bird Lake. Feel free to stop her if you see her around town if you have a story idea or just want to say hi. You can also email her at gavidal@sbgtv.com