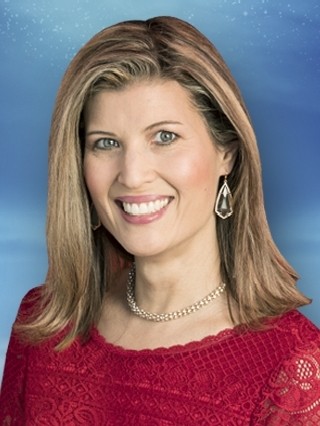 Chikage Windler is the Chief Meteorologist at CBS Austin. She forecasts the weather weeknights at 5, 6, 6:30 and 10, and is proud to be a weather geek!

Chikage has over two decades of experience, including guest appearances on ABC's Good Morning America and ABC World News in New York City. She also worked in Indianapolis, Minneapolis-St. Paul, Boston, Washington, DC, Dallas, and Norfolk, VA. She got her first taste of television working behind the scenes in the Weather Department at KOTV in Tulsa during high school and college, and she never looked back.

She is an Emmy-award winning meteorologist, a Certified Broadcast Meteorologist (CBM) in the American Meteorological Society, and holds the National Weather Association's Seal of Approval. She was named Best TV Personality by Austin Monthly Magazine in 2017 and that same year, her weathercast earned First Place from the Texas Associated Press.

Chikage grew up in the heart of Tornado Alley in Oklahoma and saw first-hand the devastation of multiple tornadoes including the deadly EF-5 that hit her parents' neighborhood in Moore in 2013.

When she's not forecasting the weather, Chikage is a busy mother of two girls, Austen and Zailey. She and her husband Jamie are also proud parents of Skipper, a dog they adopted from the Central Texas SPCA. Chikage is an avid runner, serving as the 2017 Austin Marathon Charity Chaser. She has also completed the Austin Distance Challenge and looks forward to many more races and marathons in the future.

Chikage sits on the board of the OU Club of Austin as well as the Central Texas SPCA. She is a past member of the University of Texas Environmental Science Institute Advisory Committee. She has volunteered for organizations including Girlstart, Keep Austin Beautiful, and the Austin Parks Foundation.

Chikage has emceed and attended hundreds of community events across Central Texas over the years. She also has volunteered her time visiting area schools to share her love of weather with students from preschool to high school. Due to the coronavirus pandemic, she is not currently scheduling appearances.

Got a weather question? Missed the forecast on-air? Join Chikage’s nightly #ChiksChats on #FacebookLive weeknights after the 10 pm news. During severe storms, Chikage has been known to stream on Facebook Live for hours! You can search hashtag #cbsaustinwx for weather updates on social media as well as follow/like her pages @ChikageWeather, or email her: chikage@cbsaustin.com.

One of the questions Chikage gets most often isn't about the weather, it's about her name and heritage. Chikage is half-Japanese and her name means "thousands of views or vistas